Quartz-So Common and yet so Special 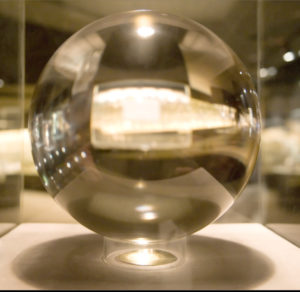 This crystal sphere is the largest cut piece of  flawless quartz in the world, weighing in at 242,323 carats!  It symbolizes our fascination with something so beautiful and yet so common.  Quartz is found around the world, in large quantities, and is considered one of the most common minerals on Earth.  It’s found in sand, dirt, and dust.  Yet, when fashioned by gem cutters and put in a stunning piece of jewelry, it can be breathtaking.

Quartz is a complicated gemstone.  One of the reasons it’s tricky is because the term “quartz” is used for varieties of gems, as well as for a species of gem and as a group of gems.  So, for example, Rose Quartz is a variety of the species Quartz.  So is Citrine, Amethyst, and Tiger’s Eye!  All these varieties, and others that are couched under the species of Chalcedony, such as Agate and Jasper, are considered to be members of the group, Quartz.  Very confusing!!

Perhaps it’s best to start with the fact that mineralogists and geologists see any mineral with the chemical makeup of silicon dioxide, SiO2, as Quartz.  Regardless of whether the crystals making up that stone are large, small, or microscopic, it’s all Quartz.  Gemologists, on the other hand, separate the gems into those whose crystals are larger and those too small to see without a high-powered microscope.  Those with larger crystals are called Quartz and those with microcrystalline structures are labeled Chalcedony.

Under these two species are many varieties that are used in jewelry.  Probably the most commonly known variety of the quartz species is Amethyst.  That regal purple has been admired for centuries.  The purple color comes from natural irradiation acting upon a trace element of iron.  The saturated, medium to deep reddish purple is the most prized color, but amethyst ranges from a light, pinkish purple to that deep purple hue.  Amethyst is not rare, but the prized color is more rare because usually only the tips of the amethyst crystals have that depth of color. 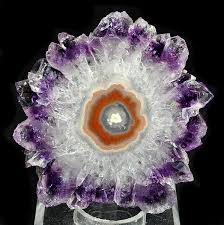 Agate and Amethyst, showing the deep purple tips of the quartz crystals, as well as the microcrystalline Agate, which is part of the Chalcedony species.

Other varieties of the Quartz species include Citrine, the orange-yellow gemstone that’s November’s birthstone, and Rock Crystal, which is colorless because it has no trace elements.  There’s also Rose Quartz, Smoky Quartz, Prasiolite (aka Green Amethyst), and Ametrine (a bi-colored gem combining the purple of Amethyst and the yellow of Citrine).

Members the Chalcedony species have been used in jewelry even longer than Amethyst!  Agates, which exhibit wavy bands of color, were used in amulets and talismans over 3000 years ago.  They were also used to make cameos.  Carvers would reveal a differently colored band by carving down around the subject of the piece.  Today you’ll see agate slice pendants that are sometimes dyed to accentuate the banding.

Probably the most valuable member of the Chalcedony species is Chrysoprase.  This translucent gemstone is beloved for its natural apple-green color.  It owes its color to the presence of  nickel.  A big discovery of Chrysoprase was made in 1965 in Australia.  Because its color can resemble fine jadeite, it’s sometimes called “Australian Jade.” 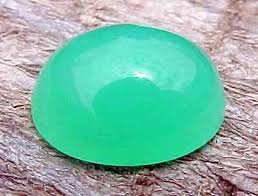 Other varieties of the Chalcedony species include Black Onyx (dyed black chalcedony), Carnelian, Jasper, and Fire Agate.  Most chalcedony is translucent to opaque, so it’s rarely faceted.  Most often it’s fashioned into beads, slices or cabochons.  But, just like all Quartz, it registers a 7 on the Mohs Hardness Scale, making it a good choice for rings and bracelets as well as earrings and pendants.

There’s so much that can be said about this beautiful mineral that surrounds us everyday.  But I want to end with the sentiment– “How wonderful when something so common can also be so special!” 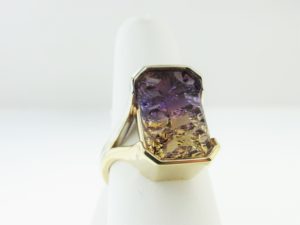 Custom-made Ametrine Ring in our showcase!