Two of the most common metals used in jewelry, silver and gold have colorful pasts and lots of varieties that can be difficult to understand.  Let’s try to unravel the history and the mystery.

This element, called argentum by the Latins (which explains the Ag symbol on the periodic table), was discovered in approximately 4000BC.  The word argentum means “white and shining.”  Silver was the original white metal.  It has been mined in many places on Earth, including the United States.

Sterling silver signifies an alloy composed of 92.5% silver (If you see a little stamp on your jewelry that says 925, that means it’s sterling silver).  The other 7.5% is generally copper, which contributes strength and hardness.  Newly developed silver alloys, like Argentium, have a higher percentage of silver and a substitution of the element germanium(Ge) for some of the copper.  These alloys are said to tarnish less, so they don’t need to be rhodium-plated.  Rhodium(Rh) is an element that resists corrosion, but it’s also a very white metal so it’s often plated over white gold to improve that metal’s “whiteness.” 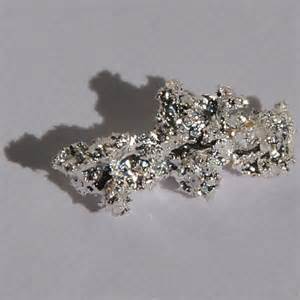 This metal has also been used in jewelry for thousands of years.  It has always been a symbol of wealth and stature.  The ancient Egyptians worked gold into jewelry.  So did the Chinese, as early as 1100BC.  While gold was originally found in the Middle East, today most of the world’s gold production is in Africa.  Other gold-producing countries are Australia, Brazil, Canada, China, Russia, and the United States.

Pure gold, 24 karat gold, is very soft.  It’s alloyed with other metals to enhance its hardness, strength, and character.  Typical alloys are 10 karat (41.7% gold), 14 karat (58.5% gold), 18 karat (75% gold), and 22 karat (91.6%).  The karat mark will be on an inconspicuous place on your jewelry.  Here in the U.S., for example, 14 karat gold would be stamped with 14K or 585.   Gold is usually mixed with metals that will enhance the color desired in the final product.  So white gold is alloyed with white metals like nickel, palladium, silver or zinc.  Rose gold is alloyed with copper.

Not all gold jewelry is karat gold.  Less expensive fashion pieces can be gold plated, vermeil, or gold-filled.  These are all different, even though sometimes they are seen as interchangeable.  Electroplating is a process that coats the gold over a piece of jewelry made with nonprecious metals like iron or nickel.  The gold plating is very, very thin–only microns thick–and eventually wears away. Vermeil is gold plated over sterling silver rather than a base metal.  The thickness of the plating is at least 2 microns.  But when a single human hair is 50-100 microns thick, you know just how thin that plating can be.  Gold-filled jewelry has approximately 100 times more gold than a gold-plated piece.  The gold is bonded over brass or another base metal.  It’s usually stamped as 14K G.F. and will not wear off like gold plating. 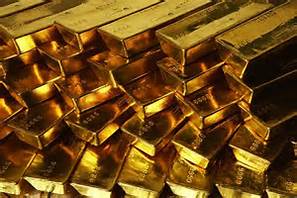 There is so much to know about metals.  This really just touches the surface.  The important thing to remember is that not all metals are equal.  The purer the metal, the more valuable it will be. So when you’re buying jewelry, be sure of the metal(or metals) it’s made of.