For centuries jewelry was designed by men. Seems odd, doesn’t it, when most all jewelry is worn by women? But the design field was male dominated for the same reason most fields were–men were seen as the more capable sex and the bread winners of the family. When did it become clear that women could design for women?
Perhaps the first to recognize this talent in a female was Rene’ Boivin, a Parisian goldsmith and engraver in the late 1800s. He married Jeanne Poiret, a woman who became his business partner in his jewelry workshops. Together they created fabulous designs which were in high demand among their elite clientele. 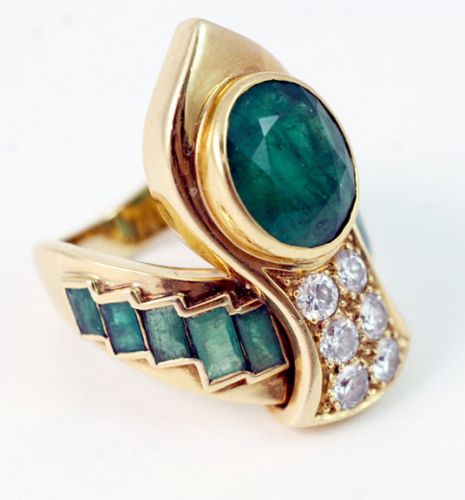 When Rene’ died in 1917, everyone assumed that Jeanne would sell the business but, instead, she and her daughter, Germaine, assumed control. Jeanne, though not trained as a jeweler, knew a lot from working with her husband. She’d think out the designs and have someone else render them. She also had a talent for finding good talent, hiring young Suzanne Belperron in 1921 and, when Suzanne left in 1931, the talented Juliette Moutarde took her place.
Suzanne Belperron opened her own jewelry design firm with Bernard Herz, and later, his son, Jean, in a partnership that lasted over 40 years. Her designs were so distinctive–very fluid and organic. Even while those around her embraced Art Deco, with its straight lines, Suzanne elevated a more modern design. Famous women like the Duchess of Windsor and Mona Williams (pictured below) bought her jewelry. Her work was never signed, though. She always said that her style was her signature.

Juliette Moutarde worked with Jeanne and Germaine at House Boivin until they sold the company in 1976. Jeanne had died in 1959, but her daughter, a talented jewelry designer in her own right, kept the business going. Throughout these successful years, custom pieces were never signed by the individual artists. Perhaps it was seen as too bold, too assertive, for a woman to sign her work back in the early 1900s. 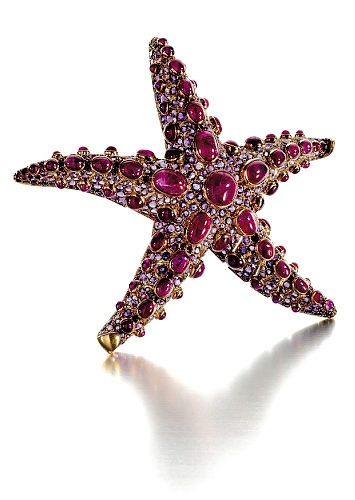 Design attributed to Moutarde, made for Claudette Colbert in 1936.

But because of these women, and a few others like Italian Elsa Schiaparelli, female jewelry designers today feel empowered to open their own studios, sign their names to their pieces, and earn their own success in the design world. Thanks to these pioneers, we know names like Paloma Picasso, Elsa Peretti, and Ippolita Rostagno, who have had their own jewelry lines for decades. And because of THEM, contemporary female designers–from Kendra Scott and Irene Neuwirth to Farah Khan Ali and Erica Courtney find success in the always competitive jewelry industry. 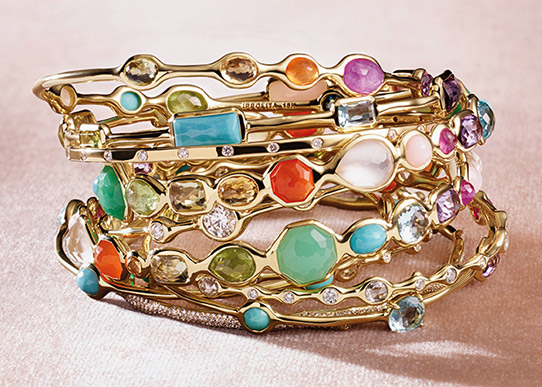 Today we don’t think much about gender when choosing a designer. If you like the creation, you respect the designer! But it wasn’t always like that, and I wanted to lift up the courage of Jeanne Bouvin and her team of female designers. They worked and made their way successfully in a male world. Good for them and thank goodness for us. Their combination of talent and determination allowed women who came after to enter the field with confidence. Because of that, I want to nominate Jeanne Poiret Boivin for Mother of Female Jewelry Designers!