What’s Up with Padparadscha! 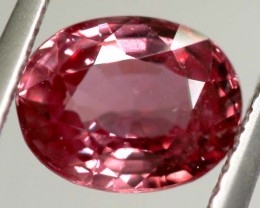 Padparadscha sapphires are more popular than ever, thanks to Princess Eugenie of York and her fiance, Jack Brooksbank.  Her engagement ring, which the two designed together, holds an estimated 5 carat padparadscha, and is surrounded by 10 round and 2 pear-shaped diamonds.  Because padparadscha sapphires are the most rare of all sapphires, and because they’re seldom cut above 2 carats, Princess Eugenie’s stone is a world class gem.  The estimated value of her ring is $175,000. 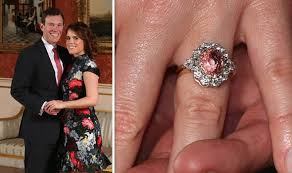 The two tie the knot on October 12, 2018 in beautiful St. George’s Chapel at Windsor Castle.  Although the ceremony is rumored to be at least as grand as Prince Harry and Meghan Markle’s wedding, it’s uncertain whether those of us who live outside the U.K. will be able to watch the wedding ceremony.  The BBC, the major broadcasting station in the U.K. declined to televise Princess Eugenie’s wedding, thinking that the number of viewers would not justify the cost of production.  Another, more local British station, is planning to televise the full wedding, so we’ll have to see whether the ceremony airs here in the U.S.

Padparadscha is a variety of sapphire based on hue and saturation of color.  And these traits can be subjective!  Narrowly defined, a padparadscha is supposed to be from Sri Lanka and it’s supposed to be pinkish-orange or orangish-pink.  It does not have to be highly saturated and, in fact, a delicate color is preferred.  But where exactly is the line between an orange sapphire, a pink sapphire, and a padparadscha sapphire?  Even gemologists have a hard time agreeing on a uniform standard for this gem.  Because the premium for a padparadscha is so high, there is incentive to stretch the narrow definition.

While Sri Lanka is the traditional source for padparadscha sapphires, other countries such as Vietnam, Tanzania, and Madagascar also produce them.  The name, “padparadscha”, comes from the native language of Sri Lanka and means lotus blossom.  A lotus flower is a little more pink than peach, so some people talk about the hue of a padparadscha as being a “sunset color mixed with a lotus flower.”  Well-known author and gemologist, Richard Hughes, calls it “a marriage between ruby and yellow sapphire.”  However it’s defined, a padparadscha sapphire is a beautiful gem and well deserving of the extra attention it’s receiving!