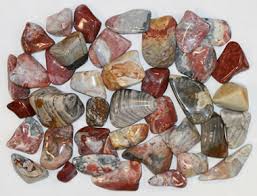 If you’re a Michigander like me, you grew up going to one of the Great Lakes for a day at the beach.  As a kid, I didn’t know how lucky I was to witness the variety of minerals and rocks along the lakeshore.  No where else in the world can you see that variety.  I would look for our state rock, the Petoskey stone.  I didn’t even know that Michigan had a state gem, the Isle Royale Greenstone (aka Chlorastrolite.)

I’ve always been a rock hound of sorts, and many Michiganders share my passion.  There’s so much to know about our rocks and minerals.  Most of the information in this post comes from a great book called, Michigan Rocks and Minerals, by Dan and Bob Lynch.  I’d highly recommend it if you’re a serious rock hound.

Their book brought up questions I’d never considered before.

*What’s the difference between a MINERAL and a ROCK?

A mineral is a crystallized version of a chemical compound.  Most gemstones are minerals.  For example, a diamond is crystallized carbon.  Quartz is crystallized silicon dioxide.  Rocks are a conglomerate of minerals.  Lapis Lazuli is an example of a gem that’s actually a rock.  Its main ingredient is lazurite, but it also has minerals like calcite, pyrite, and mica.  While minerals have characteristics, such as hardness or refractive index, that can be identified throughout the mineral, the characteristics of a rock vary depending on which spot of the rock you’re testing.

*What’s the difference between rock hunting in the Upper Peninsula vs. the Lower Peninsula?

The U.P. and L.P. are geologically very different.  The U.P. is formed from volcanic rock.  It is rich in the elements of copper, iron, manganese, and even gold.   Those elements lend themselves to minerals like azurite, chrysocolla, and hematite. The L.P. is formed from sedimentary rock.  It has a lot of limestone, shale, and gypsum.  Most of the pretty Michigan minerals, in my opinion, are found in the Upper Peninsula.

*What are some basic tools needed to identify rocks and minerals?

If you do want to do some rock identification, you’ll need a few simple tools.  Of course, an identification book is necessary.  But one of the main ways to identify a rock is by its hardness.  The Mohs Hardness Scale measures minerals from 1 to 10, with one being the softest and ten the hardest.  Most minerals in Michigan fall between 2 and 7.   You can estimate a mineral’s hardness using a scratch test, taking care to scratch the specimen in an inconspicuous place.  Your fingernail will scratch a mineral of 2.5 hardness or less.  A copper penny will scratch a mineral of 3.5 hardness or less.  A piece of glass or a steel knife works on minerals of 5.5 or less, and a piece of unglazed porcelain works on minerals of 6.5 or less.  So these four inexpensive tools can really help you narrow down the options when you want to identify your find.

Michigan Rocks and Minerals discusses over 200 different materials, giving details such as hardness, common size, and color.  The book has color photos of the materials and gives suggestions of where to look for them.  I’ve decided I want to look for Lake Superior Agates, Dolomite, and Pudding Stones next summer when I go to the U.P. Wish me luck!! 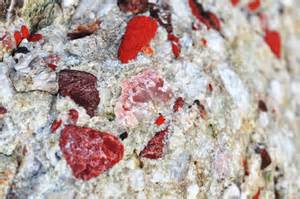