Most of us think of Michelangelo, Picasso, or Rodin when someone mentions sculptors.  But here are three more names of skilled artists who sculpt and polish gem stones.  Tom Munsteiner, Steve Walters, and John Dyer have all won multiple awards for their work.  Here are some examples: 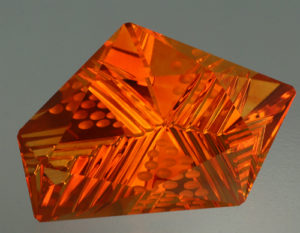 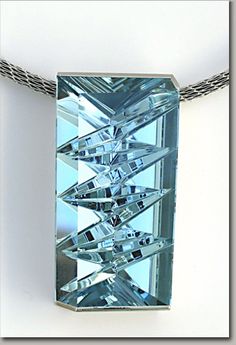 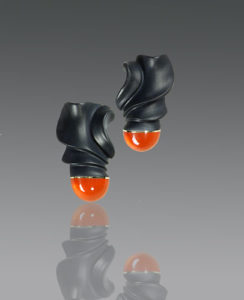 Tom Munsteiner is a fourth generation gem stone carver from Germany.  His father, Bernd Munsteiner, is famous for the development of the fantasy cut, and he even has some of his work in the Smithsonian!  Tom knew early on that he wanted to carve gems.  At age 16 he began training with his dad.  One thing I found very interesting is that his dad first taught him how to classically cut gems before attempting any fantasy cuts.  By the time he was 22, he had been trained as a Gemologist and was beginning to win awards for his gemstone creations.  His work is distinguished from his father’s for its softer, less angular designs.

Steve Walters grew up in California.  He taught himself how to carve gemstones by reading books and practicing.  For a short period, he produced gemstone sculptures for his parents’ company.   In the mid-1980s he started to carve gems for jewelry.  His work is very recognizable as many of the pieces are composites.  He might put gems like onyx, citrine, and hematite together, backed with mother of pearl.  He’s won several A.G.T.A. (American Gem Trade Association) Cutting Edge Awards, and his booth at the Tucson Gem Show is always one of the most popular.

John Dyer grew up in Brazil, the son of missionaries from the United States.  When his parents saw his interest in gems, they bought him books and helped him obtain his first rough gem stone material.  John tells the story of taking his rough to a cutter who overcharged him and did a terrible job.  That’s when he decided to cut his own gems.  With lots of practice and a few “disasters”, he’s become one of the most recognized gem stone cutters and has won over 50 cutting awards.

At Dearborn Jewelers of Plymouth, we’ve been fortunate to set gem stones cut by all three of these artists.  It’s so gratifying to see these gems being worn and appreciated.  Here are some of our designs.  If you’re inspired to have your own creation by one of these well-known artists, come and talk to us.  We’d love to help. 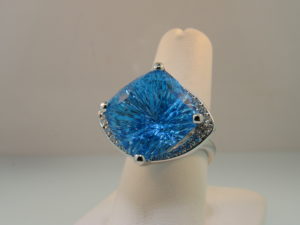 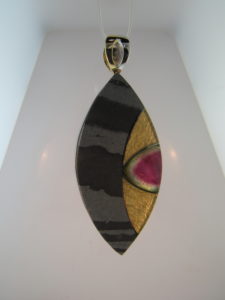 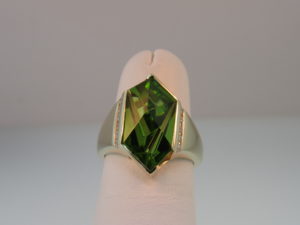